It’s really becoming a no brainer these days. Renewables are where the future of Australian energy is heading. It’s not only good for you and your family directly but the world at large. By going solar, you can save extraordinary amounts of money on power and protect yourself from future power price increases, in fact, if you can afford those power bills you can afford solar! Investing in solar will pay for itself over time and give you power bills you can smile at.

Its an investment, not an expense.

Although the upfront cost of solar can appear daunting, if you can afford your power bill you can afford a solar system. By downloading the sun for free the average Australian household (with an average size 7.13kW system) saves $540 every year on solar per year. Whether you plan to install a larger system and aim for 100% of grid power or you just want to shrink your bill down to something you can smile at, you can be a part of 2 million Australians that don’t have to worry about the increasing cost of grid electricity. A bonus to all of this is solar systems add value to your property and as solar technology improves and its demand increases, solar has become more affordable than ever! With a variety of payment options, you can finance your system to pay off over time instead of losing your money to massive power bills! Australia’s solar capacity is one of the best in the world! We receive 58 million PJ of solar radiation every year, which is 10,000 times larger than our total annual consumption. With a solar system, you get to have a piece of that can save money in the process.

It’s no secret we are facing an environmental crisis with fears surrounding climate change, biodiversity and the health of a world which we will be passing on to future generations, we know it’s time to act. Choosing clean and renewable energy is a big step in the right direction. Small scale solar this year hit a whopping 19.6% of total renewable energy produced in Australia. Ever panel helps Australia get closer to its net-zero emissions targets by 2045! Every solar roof that joins the ever-growing mission to take care of our remarkable planet helps us as a country to reach these goals. Renewables also created a job boom with 10,850 construction jobs across many wonderful fossil fuel fighting projects. That’s more than the number of jobs in electricity driven by fossil fuels. We have seen a 16% rise in CEC accredited installers in 2018. 2018 also seen 6267 FTE jobs attributed to rooftop solar alone. All of this is great for our economy. 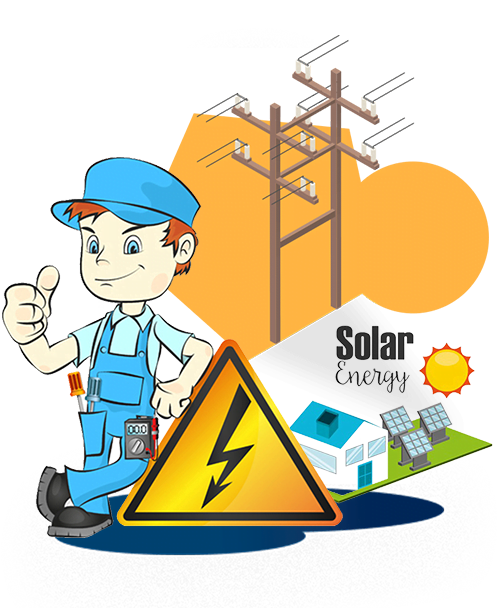 With years of direct involvement in the solar market, we’ve seen both good and bad in the industry. The combination of our experience, management and skilled staff have set us apart from other mainstream Solar Companies. We have teams of in-house Solar technicians and designers, all skilled in their respective trades, ready to listen to your needs and provide a tailored solution to meet your requirements.
Get A Quote

Our team of experts are here for You, dedicated to providing sustainable and affordable solar power systems